Who is Elias Lange?

This is about me. When I look at other websites, there is usually a lot of information about how great someone is and all the things the person can do. Of course, self-portrayal is important, but I personally don’t like the way it is often done. I then feel that I lack the important information so that I can really get to know the person and see what drives them. The why! But we will come to that later.

Your choice, short and crisp or long and informative? 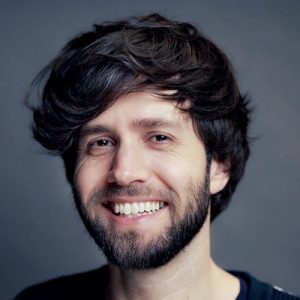 I was born on a Wednesday in October 1980. Probably one of those days when you think, thank God we´re halfway through the week, only three days to go until the weekend. There I was. Born into the family of a car mechanic and a chemical lab technician.

Most of the time, you can’t choose where you grow up. And so in the first years of my childhood I grew up without Nutella and bananas in a small town in the east of the republic (DDR / Germany). I really didn’t miss these things, but you can’t miss what you don’t know. Besides, there was always fresh fruit and vegetables in our garden. Looking back, however, the memory is still a little unreal when you see the abundance in which we live today.

Daredevil me explored the world, and as long as it didn’t rain I was always out and about. It was a beautiful time, so carefree. When I came to school, this freedom was over. Sitting still, listening, learning, … Do this, do that, and why did you do that? A strange world at first sight. Much of what you are really like is not good enough or even wrong, you are suddenly told.

As a teenager I couldn’t connect with the others and became a target for bullying. Teenagers are often cruel and show no mercy. Naturally, this was reflected in my performance. There was no desire for anything at all. In retrospect a quite “normal” protective mechanism of the body. But nobody was able to help me, I thought, and so I fought my way through until I finished school.

Meanwhile I found a passion for computers and the Internet. A world full of opportunities for discovery and a retreat for me. I play a lot of “Civilisation I” and taught myself to create websites, on a 386 Intel computer with Win 3.11. (Classic!). Was there a homepage construction kit or WordPress? No way! Using HTML-Editor Phase 5 and typing in HTML and CSS did the trick. Fortunately, you could already inform yourself about it online and buy a domain and web space at relatively low cost. Unfortunately, my parents did not see more than a hobby in it. And so I was told to learn something “proper” to make a living.

At that time it was not imaginable for many people to generate an income via the internet and some people even think so today.

With no idea in mind of what I actually wanted to to in life, I became a car mechanic because I always had a soft spot for technology. Was I really happy with it? Not really. So it didn’t take long before I switched to a small aircraft engine manufacturer to build engines there. But even in this time the internet and the online world didn’t let me go, so that even after work I sat at my computer for many hours every day to build websites.

It was clear to me that I would either continue the mechanic job for the next 30 years or something would have to change. I decided to go away for a while. Out of my town, even out of Germany. Far away, preferably to the other end of the world. So I decided I’d go to Australia. What followed was one of my best, and at the same time one of my most difficult times ever. In a foreign country, where everybody spoke English, with a different culture and mentality that I should increasingly enjoy. It was the time of “I can do anything and everything – if I want to”.

At the other end of the world 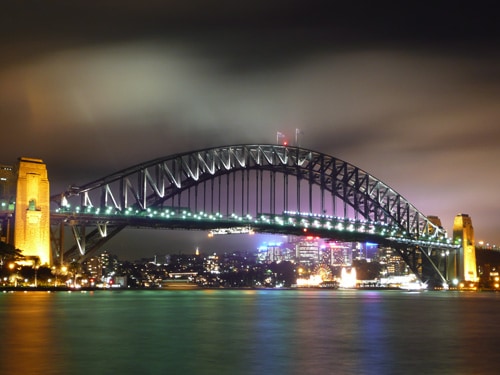 What do you do in Australia? That’s what I asked myself in the beginning. You arrive and at first you don’t know what to do. I had never been abroad before for an extended period of time. I had been abroad on holidays but always together with family and friends. Everything was different here. At the beginning it was a bit scary, almost paralyzing, but it was right and good to think outside the box. To try something that you’re scared shitless of.

Man grows with his tasks. This was also the case Down Under (Australia). Besides travelling to almost all corners and areas on this beautiful continent I had to work a little bit from time to time. I had saved some money beforehand but I knew that this day would come. Somehow I also wanted to see what this country had in store for me. In the end I worked as a shuttle bus driver for a hostel, as a kitchen helper in a restaurant, as a removal helper, as welder for a bridge building company, as branch cutter for orange trees, as harvest worker for nectarines and peaches and also as a roomboy, doorman and concierge in a hotel.

Jack of all trades

It may sound unbelievable, but it’s actually true. Who would have thought that one person could work in so many different jobs. In Germany this is probably almost impossible, in Australia it is normal, especially for backpackers and travellers, just like I was. After some time I had found my “home” in Sydney and even started studying, because I didn’t want to leave this country so soon. A time full of ups and downs followed, but I was sure that this was where I wanted to stay. It felt right.

I had just finished my studies and had been travelling in a campervan for five weeks in New Zealand when I realized that my visa was about to expire. Oha! After three years of adventures and expeditions, this was really the end? Actually, I didn’t want to go back. On a couple of visits back home I had always noticed that there was nothing keeping me there and that I wanted to leave again. I had seen so much and had experienced things which some people will never experience in this way.

Asia and the land of the rising sun 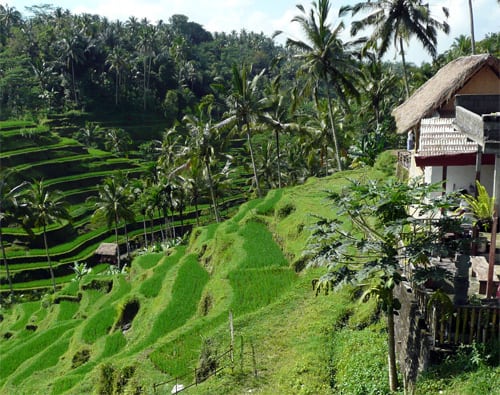 However, it couldn’t be stopped. The day came, one that I will remember for a long time. Though I didn’t take off directly to Germany but spent the next half year in Asia. I thought I had already heard and seen everything in Australia, but South-East Asia taught me better. People keep asking me, where was it the most beautiful in your time in Asia? Unfortunately, I can’t say exactly. Especially since you just cannot describe these places with words, you have to see them yourself, like the rice fields with their different green plateaus on Bali, Indonesia. Or hear the sounds when you walk alone through the jungle in Taman Negara National Park in Malaysia, the oldest forest area on earth.

To make a long story short, these six months were awesome and I can only recommend everyone to go to countries like Thailand, Laos, Vietnam, China, South Korea and Japan, besides the two mentioned above. It is an experience that will positively influence you for the rest of your life. You will take something with you that you cannot really put into words. A kind of lightness and realization that everything is fine the way it is.

Like everything in life, however, such a journey comes to an end and in no time I was back in Germany with nothing in my hands but my oversized green backpack. Before my time in Australia I had sold everything. Luckily my sister had just moved in with her boyfriend, so that I could move into her furnished attic flat. This was followed by a reintegration into German everyday life, which I had not missed.

Professionally, at least things went uphill, if you like. After further education and several training courses with/at SAP I was able to call myself a Certified Energy Manager and find a job in IT system support at a utility company. Easy money, but boring and repetitive tasks. I got tired of it and thought again, what am I actually doing here? Then another damn hard time followed with a person who was really close to me. I don’t want to go into too much detail, but I just want to say this much: mental illness is shit and I lost a loved one because of it.

Never ever give up!

Until then I had also not been aware that a person can endure so much pain and suffering, let alone ever get out of this hole and emptiness. The path was extremely rocky and difficult and would probably have been almost impossible without my family and friends. If you are reading this, thank you, you rock! There are also a lot of self-help groups which can give you support in such situations, as many have experienced the same or similar things there. You build each other up and give each other courage, because life goes on.

That’s what it did for me, in the form of an employment with a software company for test automation. There I was practically the website- development-implementation-do-it-all. Starting with online strategy, analysis and tracking, improvement of usability, design and optimization of content, and competitive analysis, I was also responsible for ad placements, content production and relaunch. Altogether, it was like time travel from 1996 into the digital age. 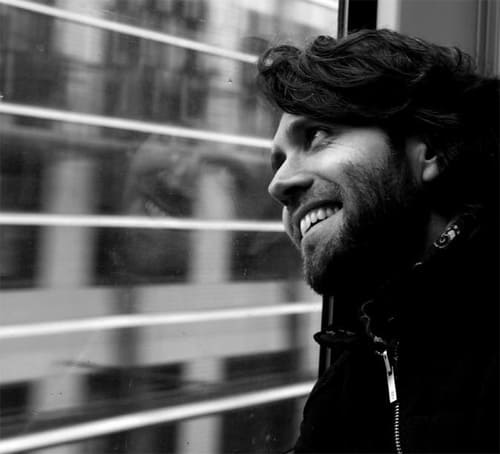 It’s always best to leave when things are at their best. I wanted to set off for new shores and pass on my expertise and the knowledge I have acquired over the years to others. To show other companies, self-employed and interested people that “online” is not that difficult. And it was clear to me that I can only do this when I am free. Free in the form of self-employment, which gives me the flexibility to be there for my customers and to understand and implement their wishes. Is this where my journey ends? I don’t think so.

The Internet still offers a lot of potential and is developing rapidly in all directions. Be it cloud computing, artificial intelligence or how we humans will interact with this medium in the future. These are topics that will continue to occupy me in the future and will certainly bring some surprises. It will be an exciting time and I can hardly wait to share these things with you.

This brings us to the why of what I mentioned at the beginning. Now, the best thing is to get yourself a new cup of tea or coffee and then continue reading here:

The Why behind my work or why I do what I do.

Time is short and precious, I understand that. That’s why this is the short version of “Who” I am.